Sign in
Sign in
Welcome!Log into your account
Forgot your password?
Password recovery
Recover your password
Home Players Mr Junior Pubg Biography Real Name Girlfriend
Facebook
Twitter
Pinterest
WhatsApp
Mr Junior Pubg is one of the Fastest Growing Pubg Mobile Youtuber in Nepal, He Recently Crossed 100k Suscribers in a Very Less Number of time. Crossing 100k in Gaming Channels in Nepal is A Very Huge Achievement.
Gaming Has Now Increased in Nepal by over 111% according to sports zebra Before 2020 there were very few gamers in Nepal, and out of them, no one was earning much to run their livelihood. But  Pubg Mobile Changed Every Thing, It Brought The Revolution of gaming in Nepal, and from them, one is Mr junior. But, Gaming is not only his profession.
Also, Read -4k Gaming Nepal Biography 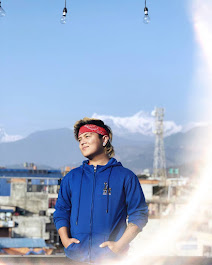 So Who Actually is Mr. Junior, What is his Pubg Mobile Name, What’s his Real Name, His Profession, How He Became a highlight and fasting growing youtube in Nepal Gaming Community. Find Out Every Thing in This article based on the Biography of Mr. Junior. 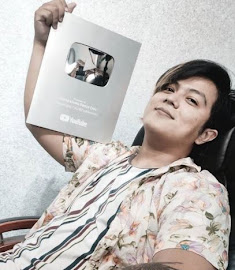 Sandesh Jung Rana Also Known as Mr. Junior in Digital World Is a 28 Years Nepali Gamer/dancer/YouTuber Originally From Pokhara. He is Currently Famous For His Intense and Funny/crazy Gameplay in Nepal. He is also one of the few gamers of Nepal who have 100k Plus Suscribers on Youtube.
Also Read – Mr Hyozu Biography

The Real Name of Mr. Junior is Sandesh Jung Ran Who Was Born in Pokhara and Currently Living in Pokhara Nepal.

Mr. Junior is Nepali Dancer and gamer. He Currently Owns Three Youtube Channel One Which is Mr. Junior Where he uploads Gameplay and does live streams, The Second one where he uploads vlog, And the third one where he and his crew perform and make cover dance Video.
Also, Read – Drs Gaming [ Da Real Soldiers Pubg Mobile ]
Most of the people think Mr junior is only known for pubg And He Gets this recognition because of pubg mobile, But it’s not true Mr junior had another youtube channel with over 100 thousand subscribers. He Had Already Performed in various Popular Music Videos And Made Cover Dances of Them
He Was Born in Pokhara in one of the wealthy families of Nepal where he grew up and now he is currently living in Kaski Nepal. He Always Dreamt of being a great dancer from his childhood.
Mr Junior Pubg is one of The Inspirations For All The Nepali Gamers Out There Who Want To Do Something in Gaming Because he is one of the very few to succeed in gaming from Nepal.
Summary
Name: Sandesh Jung Rana
Popular Name: Mr Junior
Date of Birth:1998 August 28
Age: 28
Birth Place: Pokhara, Nepal
Profession: Dancing Gaming
Father: Sunil Jung Rana
Mother: Sita Kumari Rana
Relationship: Single
Nationality: Nepali
Stream Start Date: 2020
Monthly Income – 50-60 Thousand
Pubg Id: 5643530927
Phone Number: Unknown
Net Worth – Unknown
Education -?
Adress- Pokhara, Kaski Nepal 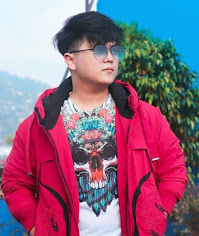