Despite Being one of the biggest Pubg Mobile Market, Pakistan also Faces Different Disadvantages than Other South Asian Regions. They Don’t Have Their Own Server, They Don’t have any teams from Pakistan representing Global Pubg mobile Esports tournaments, No Regular national tournaments. 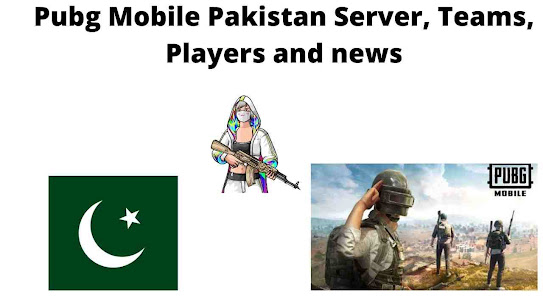 Pubg Mobile Pakistan is one of the regions with the highest Pubg mobile audience and player after India followed by Nepal and Bangladesh. They Are also one of the strongest regions in south Asia. There is a total of half a million people who play Pubg Mobile in Pakistan.
It is Free To download Pubg mobile in Pakistan and you can play it freely everywhere because there is no ban for this game at the moment. People from Pakistan Love Pubg mobile rather than other battle royale games
Pubg Mobile Earns a lot of money from Pakistan Region. Compared To other countries from South Asia like Nepal and Bangladesh. Still, We See Nepalese and Bangladeshi teams getting More Opportunities.
Yes, it’s True Pubg Mobile Pakistan has its own PMCO while Nepal, Bangladesh, and Maldives Pmco are combined. Pakistani Teams Still Does not Dominate.

There is no Pubg Mobile Server in Pakistan, Most of the Pubg Mobile players from Pakistan play in the middle east server for good ping while some play in the Asian server where they will be connected with the players of different countries like Nepal, Indonesia, Bangladesh, Maldives Etc. The Average Ping that Pakistani Players get in Pubg MObile is From 70-120 Ms.
However, Tencent has Promised Pubg mobile players from Pakistan to decrease their ping by changing their server in the coming days. But if you are waiting for an individual server that’s Not Possible.
There are many reasons for this, but the main one is that there are not enough players to run a Continous Pubg Mobile Individual Server for Pakistani players without any matchmaking delay.

Predator is one of the most popular Pubg MObile Player/Streamer from Pakistan. He Is also the most subscribed Pubg Mobile Player from Pakistan with over 450K+ Subscribers. Predator is also one of the oldest Recognized Pubg players From the South Asa Region.
Predator Streams Pubg Mobile on his youtube channel regularly interacting with his fans. You Can Watch Him Stream on his official youtube channel Called Predator. He also uploads some short Pubg montage once a week. 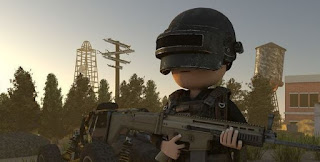 Fs malik aka Malik is One of the best close Range players in the South Asian Region. He is From Pakistan and Plays for a Pubg Mobil esports organization Free Styles.

Dani is aka Bablu Dani is a professional esports Pubg mobile Player from Pakistan Region. He currently plays for one of the best Teams From the Pakistan region Team Bablu.

247 Gaming is currently the best Pubg player from Pakistan who plays for the team called 237. He also became the top fragger of PMPL South Asian Season 2 Week 3.

Tyrant who is also known as Bablu Tyrant is one of the best in-game leaders in Pubg Mobile South Asia. He currently lives in Pakistan and plays for a Pakistani Team Called Bablu.

Pubg Mobile is Free to Play in Pakistan. It is available in Both the Google play store and Apple Store, Thus you do not need to pay any amount to download and pay for this game. However, there are in-game purchase available in this game, if you want to purchase.

Pubg Mobile Host Many Pubg Mobile Tournaments for Pubg Players in Pakistan. Players Take Part regularly in the tournaments like PMPL, PMCO, PMBC Etc. Pubg mobile gives a very high prize pool in these tournaments.
However it’s not that only Pubg Offical host the tournaments, there is much third-party Organization Who Regularly host tournaments and give a decent amount of money.
You Can also take part in these scrims by registering in a different discord server.

How to Solve the High Ping issue in Pakistan?

Pubg Mobile High Ping issue is one of the worst part of Pakistan Pubg Community. They Never Get to Play in Good Ping. So,
If Your Are From Pakistan and get high Ping, Use These Simple Tricks Than Can Get You Upto 40 Ms. Ping

CloudFlare’s Wrap 1.1.1.1 is the best DNS for Pubg Mobile Pakistan. This keeps Your Dns Private and hides it with Your Isp. Whatever the Data has to be transformed it does through Cloudflare servers, Which Helps You Game To Be Stable and Non-Lagy.

The best Pubg Mobile server for Pakistan is The Indian/Indonesian Server. Or if You want a private server You can go with 1.1.1.1 DNS Changer.